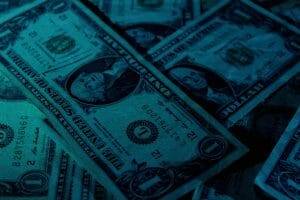 A California couple and the Bank of America are reportedly at a settlement over a bankruptcy case that resulted from the Great Recession of 2008. This case involved a couple who tried to negotiate with the bank to bring down the price of their monthly mortgage payments, only to be strung along and eventually forced into bankruptcy, and that is when the case became very bad.

This case made national news when it first came to light, in part because of the opinion issued by the court which put the bank’s behavior in stark terms. The court in its opinion accused the bank of kafkaesque tactics as it passed judgement of over $45 million in fines and damages against the bank. Now the case is at the verge of settlement, where the couple will finally walk away with a large settlement and conclusion to this long drama.

This case began when the California couple could no longer afford their monthly mortgage payment during the height of the Great Recession. Because of the couple’s sterling credit, they attempted to negotiate with the bank under one of its relief programs to keep up-to-date on their payments. With a never-ending back and forth, or as the court stated “cat and mouse,” game, the couple finally came to grips with their situation and filed for bankruptcy. This should have resolved the situation, but it did not.

Once the bank stopped receiving payments from the family, the bank began the eviction process. The only problem with this was that the family had filed for bankruptcy, and once a party files for bankruptcy all debt collection acts, like eviction of a home, must be put on hold. This process is known among those familiar with bankruptcy and detection as the automatic stay provision. It is also known that when a creditor, or bank, or other party violates those provisions, they will be liable for all the damages that follow.

The damages in this case were extensive. Because of the way this couple was treated by the bank, they suffered loss of a home, a heart attack, and tens of thousands of dollars in fines when the bank failed to upkeep their lawn while they were put out of the home. In the end, the case resulted in a lawsuit in which the court awarded the couple $6 million in damages, and over $40 million in fines that were to be distributed to law schools in California. Now it seems the case will be settled for much less than the total of over $40 million, as long as the judge signs off on the deal.

Filing for bankruptcy is a major decision in a person’s life, and should not be further complicated by harassment or other tricks of creditors. That is why once a person files for bankruptcy, he or she is protected by a number of different rights that protect him or her from most of the negative aspects that would otherwise accompany filing for bankruptcy. This is one reason why you need the right legal team working on your behalf as you actually start the process of a bankruptcy.

At The Bankruptcy Law Center, we are your source for every kind of bankruptcy in California. If you are facing the tough decision of whether to file, or not, contact us. We will help you understand what your options are, and what steps you need to take next.