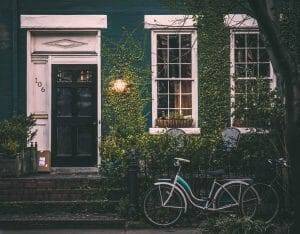 In an ironic turn of events, the Bankruptcy Appellate Panel for the Ninth Circuit Court of Appeals confirmed an award of $119,000 to a couple that filed for bankruptcy. As if the confirmation of the award was not ironic enough, the court also remanded the case for the bankruptcy judge to consider whether punitive damages should be awarded in addition to the award.

Facts of the Case

This case began with a dream that turned into a nightmare for a California couple who fell on hard financial times. They had a dream home which proved too expensive for them to keep, and as a result they filed for chapter 7 bankruptcy in an effort to restart their lives and escape their financial troubles.

The chapter 7 bankruptcy itself was routine and did not present any challenges beyond those presented in any typical bankruptcy case. The couple’s legal team was professional and ensured that all the important and critical legal aspects to the bankruptcy were taken care of, and in the end, the couple received a discharge from the court, relieving them of their debts.

Despite the difficulty in deciding to file for, and going through the process of a chapter 7 bankruptcy, the couple did not receive the relief that a bankruptcy should afford. Once their debts were discharged on their home and other accounts, they began receiving letters in the mail and phone calls asking to pay for the debt on their mortgage.

This is exactly what should not happen in any bankruptcy case. The law makes it clear that once a debt is discharged under the bankruptcy code, that discharge of a person’s debts operates as an injunction going forward to prevent creditors for trying to collect on the debts. This injunction is ongoing, and violation of it can cause a court to order sanctions against the person, company, or organization violating it.

That is exactly what happened in this case. The phone calls, letters, and their demands for payment on a debt which was discharged in bankruptcy was more than the couple could handle. As a result, they went back to court to complain to the judge about what the company was doing.

In this case, the court was not happy with the conduct of the mortgage company. The court looked at how many times they tried to collect on the discharged debt, and fined the company $1,000 for each violation. The company appealed this ruling, but the Ninth Circuit Appellate Panel not only upheld the ruling, but sent the case back to decide whether the mortgage company owed the couple even more money for violating their rights.

At The Bankruptcy Law Center, we are your California legal team for all your bankruptcy needs.  If you are considering that bankruptcy is right for you, please contact our team so we can help guide you through the process, and represent all your interests from start to finish.