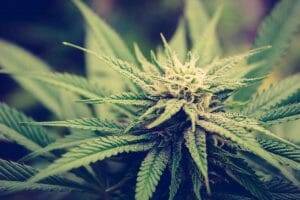 A recent opinion from a Ninth Circuit Bankruptcy Panel put the brakes on a lower court ruling that dismissed a bankruptcy because of a marijuana business. This was a test case for the increasing complexity introduced by individual states passing marijuana consumption laws.

As we all know by now, states across the country have legalized the use of marijuana to varying degrees. Those laws now permit consumption ranging from medical use for things like seizures, to consumption of marijuana for recreational purposes.

The Issue Bankruptcy and Marijuana

While many in the country view marijuana and its consumption as an issue that should be handled on a state-by-state basis, it remains a large issue over which federal courts, agencies, and other federal authorities struggle. The issue is the fact that marijuana is and has remained illegal to grow, possess, and consume under federal law.

This is important for the individual states now passing marijuana laws because federal law almost always trumps state law on any issue. The U.S. Constitution has what is known in the law as the Supremacy Clause. That clause states that the laws made under the authority of the Constitution are the supreme law of the land, meaning that federal law takes precedence over state law.

This impacts bankruptcy laws in several ways. First off, the U.S. Bankruptcy Code is a federal law that is implemented under federal authority. There are some changes to bankruptcy law from state to state, but even those changes are authorized by federal law.

Because bankruptcy law is a federal law, it has certain provisions that affect whether a person can successfully file for bankruptcy. One of those provisions is that when a person’s debt is incurred or their finances are wrapped up in an illegal enterprise, then he or she cannot receive bankruptcy relief.

This was the issue confronted by an elderly woman who sought protection from a Chapter 13 bankruptcy. At the trial level, the judge of the case denied her petition because she was renting her property to a marijuana business for medical marijuana. The judge reasoned that because she was engaged in an illegal activity, that part of her property involved could not be granted relief from the bankruptcy laws.

As noted above, a higher court put the brakes on this decision and sent it back down for further findings of fact on the issue. The larger concern remains for anyone considering a bankruptcy in the future, particularly in those states like California where it is now legal under state law to purchase and consume marijuana. The interplay between state and federal laws that are at odds will require the right kind of legal advice and service to ensure a successful bankruptcy.

If you are considering a bankruptcy, contact us. At The Bankruptcy Law Center we help individuals understand their options regarding bankruptcy and guide them to the best decisions available. We look forward to helping you.