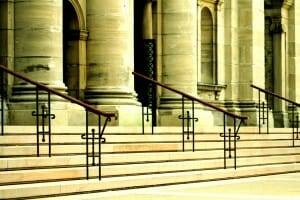 The 9th Circuit Court of Appeals, whose jurisdiction includes California and most of the Pacific west, recently handed down an important case regarding consumer bankruptcy. The new ruling will impact those filing for Chapter 11 bankruptcy and surrounding areas.

This decision by the 9th Circuit was unusual for a couple of reasons. First, bankruptcy cases are typically ruled on by the Bankruptcy Appellate Panel for the 9th Circuit. They are a specialized court familiar with bankruptcy issues and are viewed as more capable of handling bankruptcy cases. But when the full circuit court feels like the bankruptcy appellate court gets a decision wrong, they intervene and hand down a different decision.

The second reason this was uncommon was that this new ruling was a split from how other circuits have ruled on the issue. And the issue at stake in this case was how unsecured creditors should be treated in a Chapter 11 bankruptcy. The petitioners filed for bankruptcy under Chapter 11 and came up with a plan for one of its unsecured creditors to pay $5,000 on a claim of nearly $2,000,000. As could easily be predicted, the bank did not agree to the plan and objected.

Chapter 11 bankruptcy actions are different than other chapters for severals reasons. They are typically reserved for debtors who have an ongoing business and want to reorganize their debts in a way that allows them to repay debts, and keep their business going. To do this, a debtor has two options, the first is garnering agreement among all the creditors on a reorganization plan, the second is presenting a court with a plan the court agrees is fair to all the creditors involved.

Under either of these plans, the debtor is allowed to keep a certain amount of exempt property from being part of the plan. But there is an old legal rule known as the absolute priority rule that allows an unsecured creditor the right to that exempt property if they object to the plan or if their debts are not settled through the plan. This case revolved around whether that rule still applies under today’s bankruptcy laws.

Your Partner in Filing for Bankruptcy in California

When it comes to filing for bankruptcy in California, the laws are complex and require experienced legal counsel and help. If you are considering whether bankruptcy is the right option for you, contact us. At The Bankruptcy Law Center our team of dedicated professionals would put all our experience and knowledge to work for you.