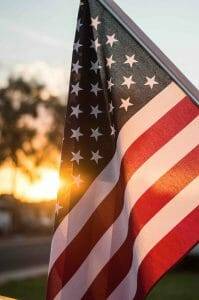 Bankruptcy protection is granted to the vast majority of those whom apply for it, but that protection is not absolute. This is the lesson learned recently by one disbarred attorney who was denied relief in his effort to discharge more than a million dollars in tax liability. The case reaches all the way back to the 1990s, and is informative regarding when debt relief can be denied.

As discussed earlier, in most cases when a person applies for bankruptcy protection, it is granted. There are certain scenarios in which a debt is not allowed to be discharged. One of the most well known instances deals with student loans. Except in extreme circumstances, most attempts to discharge student loan debt will be denied.

Another circumstance in which bankruptcy protection is denied involves the payment of taxes to the U.S. government. This is not to say that any tax debt is not dischargeable, quite the opposite. In fact one of the big reasons people file for bankruptcy is to escape an oppressive tax bill that a person just cannot afford. There are specific circumstances that can result in a person not being granted bankruptcy relief for tax debts.

One of the more common scenarios in which a person is denied bankruptcy protection of a tax debt is when the person did more than fail to file a tax return. Federal law at 11 U.S.C. § 523, states that a debtor’s debt will not be discharged on a debt that accrues because of a fraudulent tax return, or when the debt is the result of a debtor willfully attempting to evade or defeat a tax.

Criminal Trial and Proof of Evasion

That scenario is exactly what is reported to have happened in this case. According to the court’s opinion, because of what happened in a criminal trial, this man was not allowed to discharge his debts in bankruptcy. The man in question was brought on charges of evading taxes and convicted in federal court. This had a big influence on what would happen later at his attempt to discharge those same debts.

When the attorney sought to have his debts discharged in bankruptcy, the government protested because of his criminal conviction. The government argued that when the criminal trial of tax evasion was proven, that foreclosed any opportunity to discharge those same debts in a civil, bankruptcy action. The federal court agreed with this position.

Under the law there is a legal doctrine known as collateral estoppel, which does not let people litigate the same issue more than once. It is also known as only letting a person get more than one bite at the apple. It prevents needless lawsuits and improves the economy of judicial resources.

Complex Nature of Bankruptcy in California

This case underscores the complex nature of filing for bankruptcy, and why it is so important that you choose the right legal team to guide you through the process. At The Bankruptcy Law Center our team of bankruptcy professionals can provide you with the resources, advice, and representation that you need to discharge your debts and gain bankruptcy protection. Contact us today.