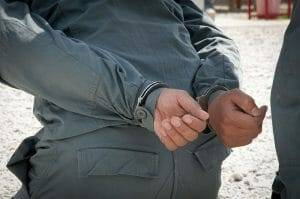 The 9th Circuit Court of Appeals decided an important bankruptcy case recently that should go a long way to helping parents get out from under collection efforts by California juvenile correctional agencies. This case comes after Orange County spent years trying to collect a debt of over $16,000 from a struggling mother of a wayward teen. Fortunately for the family, the case is now resolved and the mother can get on with her life.

This case involved a teenager who ran into trouble with the law and was detained for more than a year in a juvenile detention center operated by Orange County. Following his time in corrections, the mother of the child was sent a bill for over $20 a day accumulated by providing the boy with clothing, food, and shelter. California law has an obscure provision that allows juvenile detention facilities to collect such bills, and counties aggressively work to collect under that law.

For a time the mother was able to pay the bill of over $16,000. In fact, she paid more than $9,000 on the bill, but at soon that obligation in connection with her obligations became too much for her to handle. As a result, she filed for bankruptcy to resolve that and other debts. She did not have any assets to declare, and all her debts were unsecured.

The purpose and spirit of the bankruptcy laws in the United States are to give those struggling with debt a fresh start and new life going forward. As part of that process nearly all the debts of the declarant can be resolved and discharged under the law. But there are certain types of debt that are protected from discharge, among those protected debts are “domestic support obligations.” (“DSO”). The provision describing what a DSO is can be found in 11 U.S.C. § 523(a)(5) of the Bankruptcy Code.

Traditionally DSOs have been defined as debts and obligations related to child or spousal support. This means that in a typical case a spouse cannot escape the obligation to support a child by declaring bankruptcy, and in limited circumstances this includes debts and obligations owed to a governmental unit when they are similar to a DSO. But because the law does not clearly what a DSO is, bankruptcy courts have different definitions of when debts can be discharged because they are a DSO.

That is what happened in this case. The mother tried to discharge her debt of her son’s stay in the Orange County Juvenile Correction facility, but a bankruptcy judge would not allow it. According to the original ruling of the bankruptcy court money spent on the boy’s maintenance was the same as a DSO under the Bankruptcy Code. But the appeals court disagreed with this ruling and discharged the debt for the mother.

According to the court’s opinion, such debts are in no way like the protected debts knowns as DSOs. In fact, the court ruled that considering these debts as DSO have the opposite effect of decreasing a parent’s ability to support and uphold familial obligations of parents. As a result, going forward, debts incurred by parents through involuntary detention at juvenile facilities will be dischargeable in bankruptcy proceedings.

If you are considering filing for bankruptcy under California laws, consider contacting us at the Bankruptcy Law Center. We can help you understand what your rights are, and what options are available to you.