Filing for Bankruptcy: A Complex Endeavour 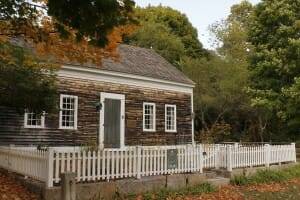 A recent case out of the United States Bankruptcy Court for the Eastern District of California shows how even a seemingly simple bankruptcy case can be complex. While some brave souls choose to file for bankruptcy on their own, this case is a good example of how the candid, experienced advice of a California bankruptcy attorney can be an asset.

The case, styled, In re Geisenheimer, Case No. 14-14706-A-7 (Bank. Ct. E.D. Cal. 2015). Involved a married couple who, when filing for bankruptcy, chose to claim an exemption of $100,000 on the family’s home. At the same time, the man and his wife both filed waivers to their rights to file a claim for exemptions under California’s bankruptcy laws. Of course this was a mistake, but the trustee in the case pounced on it and asked the court to force the couple to abide by their waiver and lose their exemption.

Under California law, bankruptcy petitioners are allowed to claim exemptions to protect certain assets and personal property from being taken in the bankruptcy. The exemptions are specific, and there are two different sets of exemptions that are available. If the petitioner chooses one set, then the available exemptions in the other are not available, and vice versa.

Additionally, if the people entering into bankruptcy waive their right to the exemptions, they cannot later claim them and protect their property. As you can see, even this simple explanation of how the exemption process works in bankruptcy can be complicated and hard to follow. Not to mention the fact that any bankruptcy necessarily involves a mountain of paperwork that the petitioner signs in order to get through the process.

It was in this confusing landscape that the couple in this case elected to both claim an exemption for their home and waive their ability to make the claim. It represented a simple mistake on their part, but the trustee in the case did all he could to make them pay for the mistake and not allow them to take their exemption. In a fight like this, the couple could lose the $100,000 exemption they wanted in the bankruptcy.

In the decision, the court went over the basics of bankruptcy, what it means, and how exemptions apply in California. The judge presented both sides of the argument, and established the principles that would rule the case. After discussing how an exemption waiver applies, the court recited three elements that must be present for the waiver to be effective. Those three elements were:

Under the set of facts in this case, the court decided that the couple did not effectively waive their right to an exemption. As a result, their exemption for $100,000 of their home’s value would not be lost.

The question of whether this was an unnecessary fight from the beginning presents itself from this case. As this case illustrates, the law involving bankruptcy is complex, and every decision in a bankruptcy case can have lasting and sometimes irreversible consequences. That is why it is so important to have the qualified counsel and assistance of a California bankruptcy attorney. At The Bankruptcy Law Center our team of bankruptcy attorneys and staff are ready, willing, and able to provide that expertise and counsel. Contact us for a review of your case today.