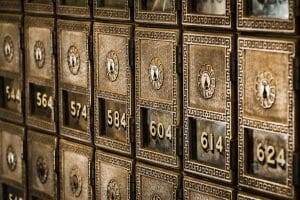 A large multi-national bank was recently sued in California over claims that it failed to act properly in the wake of declared bankruptcies. According to reports, the suit was filed in federal court in Los Angeles in late June, and makes a number of claims under California and federal bankruptcy laws.

The primary claims in the suit involve allegations that Barclays Bank fails to properly update consumer credit reports once a consumer declares bankruptcy. The lawsuit alleges that the bank systematically fails to inform credit reporting agencies when a person has debt erased through bankruptcy. If true, this would significantly damage the reputations and abilities of those applying for credit or trying to repair credit after declaring bankruptcy.

Purpose of Bankruptcy and Clearing Debts

This suit goes to the heart of one of the primary purposes of bankruptcy, which is to be relieved of debt and clear a person’s record regarding financial obligations. If, in the process of getting a bankruptcy, a person’s record is not cleared up, it hurts the person in two ways. There will be a record of declaring bankruptcy, but it will not actually show that the debts were cleared.

In our system of financing today, we rely much more on records, credit, and information about one another than actual bank statements or physical money. Almost all of our money is digital now, so it is of the utmost importance that the records about each of our finances is accurate, or it could create real damage.

As a result of our financial system being so dependent on information, states like California have created laws that protect consumer information. There are three big credit reporting agencies that work across the country to report information about each of our credit histories. Those agencies are responsible for reporting accurate and reliable information about an individual’s finances.

The Decisions to Declare Bankruptcy

This case illustrates just a few of the considerations that go into whether a person should declare bankruptcy under federal law. While the decisions should not be taken lightly, it can be an important part of reclaiming financial sanity and getting a new start on life. As you can see, there are laws in place both on the federal and state level that work to protect your reputation in regards to a bankruptcy action.

Before you decide whether and which bankruptcy is right for you, contact us. At The Bankruptcy Law Center we will be here to guide you and represent you in all stages of the bankruptcy process.