The Supreme Court has recently ruled on a new case that will affect San Diego Bankruptcy debtors, and everyone with debt should be aware of its holding before filing for bankruptcy (or better yet, make sure you have bankruptcy lawyers who are aware of it).

The case, Clark v. Rameker, involves how retirement benefits are handled, and when they are considered exempt from the bankruptcy trustee. 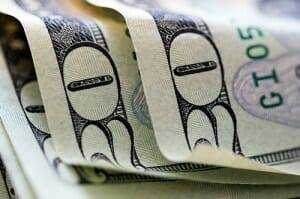 Very generally, when debtors file for bankruptcy, they are permitted to keep assets and property that are considered by law to be “exempt.” Exempt property (or the dollar value of property) cannot be taken by a bankruptcy trustee in a Chapter 7.

But a question arises when someone inherits an IRA from a deceased relative (usually a spouse or parent). If the IRA would have been exempt had the original owner filed bankruptcy is it still that way when someone files bankruptcy who has inherited the IRA? This was the question recently presented to the United States Supreme Court.

The Court first clarified that there were two kinds of IRA inherited accounts. When a spouse dies, the funds can be rolled over into the survivor’s IRA. Or, they can be placed separately in an inherited IRA account.

It’s the latter account that was at issue in the case. The debtor in the case had an inherited account from a deceased parent, and sought to have it declared as exempt.

For that reason, the Supreme Court held that an inherited IRA can’t be for the express and sole purpose of guaranteeing funds at retirement. They’re more like normal bank accounts than a retirement fund.

Thus, the bankruptcy court could properly take the debtor’s inherited IRA funds to pay off the debtors creditors.

The Application in California

California uses state exemptions, and not federal, and thus, the same analysis may not apply—although it’s likely that a San Diego court would look to the Supreme Court decision for guidance. For that reason, anyone who anticipates inheriting an IRA (or who has done so recently) needs to be aware of the problem, and attorneys handling Chapter 7 cases need to specifically inquire about inherited IRAs with their clients.

There are certain workarounds to prevent money from being considered an inherited IRA. But be careful, because many financial professionals who advise the IRA holders how to handle the situation may not understand the nuances of bankruptcy laws.

Protecting your assets in a Chapter 7 bankruptcy and maximizing your exemptions are of utmost importance. Let experienced San Diego bankruptcy attorneys evaluate your case and discuss with you the best and safest ways to discharge your debts. Contact the Bankruptcy Law Center for a free consultation today.