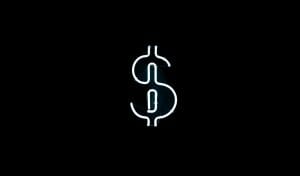 Although not the typical result in a bankruptcy case, the Ninth Circuit Court of Appeals recently upheld a bankruptcy judge’s decision to deny a discharge in bankruptcy. We are fortunate to live under a legal system that allows debtors to petition for a discharge, and in most cases, be granted relief from pressing debt. But there are some things that no one should do in connection with debt.

The case of In The Matter of Rawson should be instructive of this point. In that case, the Ninth Circuit had to decide a few questions on the issue of debtor conduct and being denied a bankruptcy discharge. As the opinion makes clear, it is important that a debtor not try to hide assets in any way before a bankruptcy.

Facts of the Case

This case was appealed, in part, because the parties wanted the court to understand that it did not try to defraud anyone prior to bankruptcy. As the court noted in its opinion, that is not the standard under the Bankruptcy Code for denying a bankruptcy petition. Under 11 U.S.C. § 727(a)(2) there are three ways a person can lose a bankruptcy petition. A discharge will be denied if a person intends to:

As the court made clear, all a party has to do is hinder or delay payment to a creditor to be denied a bankruptcy.

In this case, the woman is accused of transferring money from her account to her dad’s checking account to prevent losing it in bankruptcy. After she testified to that fact, it was enough for the court to determine that denial of the bankruptcy petition was justified. Despite the fact that she had debts she could not pay and that otherwise would be discharged in bankruptcy, she was denied relief.

Acting on Advice of Counsel

What made this case difficult for the petitioner was that she claims she was only acting on the advice of her husband’s lawyer. Of course, anytime a lawyer advises someone to do something that is against the law, it should be an indicator that the lawyer is not a good lawyer. In this case the fact that she acted on advice of her lawyers was not enough to shield her from the lost bankruptcy petition.

This case is a reminded of just how important it is to choose the right legal team when a person is considering bankruptcy. The Bankruptcy Code is long and complex, and there are many ways that a person can lose the chance of a discharge, or lose specific discharge of specific debts. Experience and ethics are important because a denial of a discharge leaves a debtor with few options.

At The Bankruptcy Law Center our team of dedicated bankruptcy professionals will provide you with the counsel and representation your case deserves. Contact us today for a consultation regarding your options.