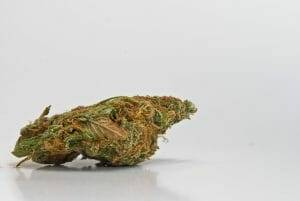 A complicated issue is appearing in bankruptcy courts across the country. It involves companies or individuals trying to discharge debts accrued in a marijuana business, or through major purchases of medical or recreational marijuana. This is a novel issue, only now relevant as state after state passes laws making the use, possession, and sale of marijuana legal.

America’s history with marijuana is checkered with changes and developments. Originally, marijuana was an important agricultural commodity in the U.S. Known as hemp, nearly all farmers grew the crop for its strong fibers that could be turned into essential products like ropes. At the turn of the century, people began using marijuana as a drug. This put government officials on alert, and by the 1970s marijuana use was illegal in all states.

Since the 1970s, marijuana and other drugs have been controlled by the Food and Drug Administration. According to that federal agency, marijuana is a schedule one drug without any medicinal value, and is therefore illegal to possess, use, or sell under federal law. Despite these illegal proscriptions, marijuana use has remained popular and widely used. In 1996, California passed a law legalizing the use of marijuana for medical purposes.

Since California passed its medical marijuana law in the 1990s state after state has passed its own version of legalized marijuana use. But these new state laws notwithstanding, it remains an illegal substance under federal law. Why does this matter? Bankruptcy is a federal law that uses federal authority to help consumers and businesses wipe out debts and get a new start in life. One issue with this authority, however, is that the accumulated debts must have been contracted legally. Obviously a problem where state-legal but federally-illegal marijuana is at issue.

In typical cases, judges and courts will try to interpret the law in a way that allows debts to be discharged. This is important because of the important role that bankruptcy plays in society by allowing people and business to get a fresh start and reorganize their financial health and well being, but despite this trend, there is nothing bankruptcy courts can do in marijuana situations. Whether this ruling will be adopted by other circuits or addressed by the U.S. Supreme Court remains to be seen, but unless congress acts, the future looks bleak for those doing business with marijuana.

Your Bankruptcy Partner in California

If you find yourself in a situation where bankruptcy seems to be your only or best options, contact us. Our experience and knowledge with California bankruptcy law will truly benefit you. At the Bankruptcy Law Center we work with you to help you understand bankruptcy and guide you with the legal counsel you deserve at this juncture in your life.