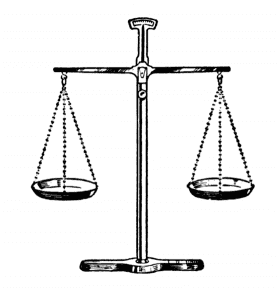 This year’s calendar for the Supreme Court contained two important cases on bankruptcy. The first, and probably most well known, was the bankruptcy case involving Puerto Rico. On that issue the court ruled that Puerto Rico could not take advantage of the bankruptcy code as they wished.

Of course, this case was not particularly relevant to those involved in consumer or individual bankruptcy. But a second case decided by the High Court will have an impact on the U.S. Bankruptcy Code going forward. This case came before the court just in time, as there were increasingly differing opinions and approaches being developed across the country, and splitting how bankruptcy law should be interpreted on a case-by-case basis.

In our system of justice, congress writes the bills, the President signs those bills into law, and if there is some misunderstanding as to how it should apply, the courts are called on to interpret what the law means. That scenario recently ran its course as there was confusion among different federal courts with what “actual fraud” means as applied to the Bankruptcy Code.

Bankruptcy is an important way for people to get a fresh start, do away with the debts they can not handle, and move forward. Almost all types of debt can be discharged under a petition for bankruptcy, but there are certain types that are not dischargeable. Those include debts obtained through “false pretenses, a false representation, or actual fraud.”

This case before the court, Husky Int’l v. Ritz, challenged the meaning of fraud. In this case, the company seeking to discharge its debts was the owner or controlling owner of several companies. In the years leading up to the time before he declared bankruptcy, he transferred assets and money from the company that would declare bankruptcy, to his solvent companies. Once the creditors found this out following the bankruptcy, they tried to get the money and assets back.

There was some confusion of whether this was “actual fraud” because the transfers were on their face legitimate, and did not involve false statements at all. But the Supreme Court made it clear in their ruling that actual fraud involves fraudulent schemes such as these where it is evident that the person or company is simply trying to protect assets from being lost in the bankruptcy. Now the law is clearer and there is less confusion about when a transaction is not protected from being lost in a bankruptcy petition.

The decision of whether to declare bankruptcy and file a petition is a personal one and should be taken seriously. If you are considering bankruptcy to help you get a new start in life, consider contacting us today. At The Bankruptcy Law Center our team of dedicated and professional bankruptcy experts are here to help you understand your options and guide you to the right decision regarding your future.