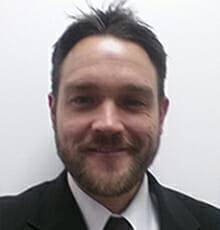 Attorney Ahren Tiller is a member of the National Association of Consumer Bankruptcy Attorneys, American Bar Association, Federal Bar Association, San Diego County Bar Association, and a board member of the California Bankruptcy Forum. He was the 2017 President of the San Diego Bankruptcy Forum, and still serves as a board member on the SD BK Forum. Further, he was a committee member on the Southern District Bankruptcy Court’s Chapter 13 Rights and Responsibilities Committee, and participated in the Judge’s committee to draft the new Southern District form Chapter 13 plan. He has completed over 200 hours of continuing legal education in the field of bankruptcy law, and has attended multiple conventions and seminars covering multiple areas of bankruptcy law.

Thus, if you have a complex Chapter 7, 13, or 11 bankruptcy case, or need other debt related assistance, or are facing a trial in Bankruptcy Court, Federal District Court, or State Court, Ahren Tiller is ready to assist.

Bankruptcy Court rules that $432,000 of a Medical Doctor’s medical school student loans are discharged in Bankruptcy.