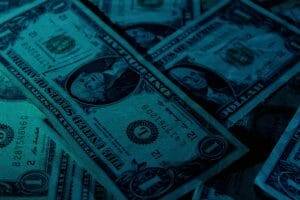 Earlier this year, a California bankruptcy court found that a couple’s tax liabilities were subject to discharge under Chapter 7 of the U.S. Bankruptcy Code. The question before the court was whether the couple’s debt accrued when the IRS assessed their tax liability in March of 2009, or when the couples filed multiple years of late returns in June of 2009.

In March of 2009, the IRS assessed the couple’s total tax liability and sent them multiple notices and demands for payment. In late May of 2009, the IRS issued a due process notice, which initiated the debt collection process. It was about a week after this notice was sent by the IRS that the couple signed and submitted their tax returns to the IRS.

The couple filed for Chapter 7 bankruptcy in November of 2011. At the time they filed for bankruptcy, they had not paid any of their tax debt. In July of 2012, the couple filed an adversary proceeding against the IRS alleging their tax debt was dischargeable. Not surprisingly, the IRS filed a motion for summary judgment. In its motion, the IRS argued there is an exception to discharge covering tax debts when a return was not filed or given under 11 U.S.C. §523(a)(1)(B)(i). The IRS argued this exception should apply because the couple failed to file their tax returns until after the IRS had assessed their tax liability and began debt collection procedures.

The IRS cited several decisions from appellate courts in other circuits outside of California’s 9th Circuit Court of Appeals. One decision held that a late tax filing did not count as a “return” for purposes of bankruptcy discharge. Another decision found that, while a late filing still counted as a “return,” only the IRS makes an assessment of tax liability. Not persuaded by either decision, the California bankruptcy court followed a decision from an outside appellate court that found timeliness was not a factor to determine whether or not a filing met the requirements of a “return” under IRS regulations.

If you need to speak to a California bankruptcy attorney in the San Diego area, contact the skilled attorneys at the Bankruptcy Law Center. We help individuals and their families use the bankruptcy process to rebuild their finances and lives with dignity and respect within the letter of the law. Click here today to schedule your initial confidential case evaluation.