City and Corporate Bankruptcies Can Affect the Common Consumer

For most San Diego consumers, debt can be relieved by filing a Chapter 7 or Chapter 13 bankruptcy. The Chapter 11 or Chapter 9 bankruptcies of large companies or even cities seem like they have little effect on the everyday consumer. But a California city that is in the middle of its bankruptcy provides a good lesson in how big corporate bankruptcies can affect the common consumer. 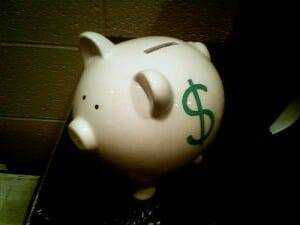 The City of Stockton and its Bankruptcy

The city of Stockton, located in Northern California, filed a Chapter 9 bankruptcy, a bankruptcy that generally works like a Chapter 11, but is geared towards municipalities or government agencies. You may have heard in the news of other cities, like Detroit, having to file bankruptcy.

One way that cities get themselves out of financial trouble is by re-adjusting their debt; in other words, they receive permission to pay some creditors nothing, some pennies on the dollar, and some in full.

One debt the city considered reducing belonged to pension holders. The city sought permission to reduce the amount of money it owed on workers’ pensions. As you can imagine, workers receiving pensions for their time spent employed were unsettled upon hearing this plan.

The bankruptcy judge didn’t seem to care, and gave permission for the pensions to be slashed, even though they were public pensions. The judge even called the California Public Employees’ Retirement System a “bully” for its insistence that the pensions were not alterable by the court.

Some employees who had to consent had no choice. It was either reduce the pension amounts and benefits, or potentially lose them completely.

As it turned out, even though the court gave it permission to do so, Stockton decided to keep the pensions, and lower other creditors’ claims.

But in a Chapter 9, like a Chapter 11, other creditors often have to agree on restructured debt. While other capital market creditors agreed with Stockton’s plan, Franklin Templeton Investments apparently believed that its claims were more important than worker pensions, as it objected to Stockton’s plan to maintain the pensions and slash other claims.

Franklin is now appealing the bankruptcy court’s decision to approve the restructuring plan. But even if Franklin wins, it is not expected to affect the ability of Stockton residents to receive their full pensions, now that Stockton is out of bankruptcy.

Even if Franklin loses, and Stockton workers get to keep their pensions, the precedent has been set for other courts, and other cities: pensions can be modified by a bankruptcy court. Not every city or company may do the right thing in the future, as Stockton has, by voluntarily trying to save pensions.

This is concerning news for workers across the country, who have worked hard to earn a pension and have had nothing to do with a city’s poor financial decisions or market downturns. It’s an example of why the often reported corporate and municipal bankruptcies are something to be concerned about, even for consumers.

Bankruptcy can be complex, and can affect San Diego debtors in many ways.  Let experienced San Diego bankruptcy attorneys evaluate your Chapter 7 or Chapter 13 bankruptcy and discuss with you the best and safest path to discharging all of your debt. Contact the Bankruptcy Law Center for a free consultation today.