Are College Savings Protected in Bankruptcy? 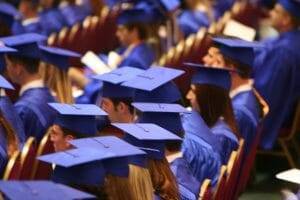 At the outset, there are some college savings that will not likely be protected in a bankruptcy action. These include typical savings in a bank, brokerage, or other account. If those savings are not protected under some state-run program, then it is most likely that a bankruptcy action will see them go with other savings and assets.

The types of savings that can be sheltered during a bankruptcy action are the so-called 529 college savings plan. These are savings plans that were created in the late 1990s as part of an overhaul of the Internal Revenue Code. In a typical 529 scheme, a parent or loved one can put money aside that is earmarked to be spent on a college education for a child.

When these plans meet a few basic requirements set forth in the federal law, a donor can realize benefits not available in other savings. For example, most 529 donations are taken out pre-tax, meaning that the money donated is never taxed. As long as the money is used for college expenses, then it will not be taxed coming out of an account, either.

While the benefits of these plans are clear, there is one that is not always discussed. Under the U.S. Bankruptcy Code, 529 plans can be protected from being seized as part of a bankruptcy estate. This means that under certain circumstances, a life’s worth of savings to see a child go to college does not have to be dissolved in a bankruptcy action.

Despite the good news about 529 plans being protected in a bankruptcy action, there are situations in which that money can be lost. This is what happened to a couple who filed a petition for bankruptcy in 2009. In that case, In re Bourguignon, a couple opened up a 529 savings plan in March of 2009 and then put a more than $50,000 into it. The money was meant to be used for their child’s education.

Soon after opening and funding their child’s 529 plan, the couple then filed for bankruptcy under Chapter 7 of the Bankruptcy Code. As their assets were moved into the bankruptcy estate, the trustee sought to have the education plan added as well. In that case, the court had to decide whether 529 funds added within a year of declaring bankruptcy could be protected from the action. In its opinion the court ruled that money added to a 529 plan in the year leading up to a bankruptcy will not be protected. In addition, the money added to a 529 plan from 365 days to 720 days would only be protected up to $5,580.

Getting Help With Bankruptcy in California

As these questions and cases reflect, bankruptcy law is complex and full of rules and regulations that can make a big difference in what happens during a bankruptcy proceeding. If you are considering a bankruptcy, contact us. At The Bankruptcy Law Center we work to help our clients understand what to expect and how to successfully navigate a bankruptcy.