Recently, the Supreme Court heard oral argument in a case that could affect Chapter 7 bankruptcy filers both in San Diego and nationwide. The case involves the elimination or “stripping” of second liens on houses. The decision is expected to have a huge impact not just on consumer debtors, but on the mortgage industry as a whole. 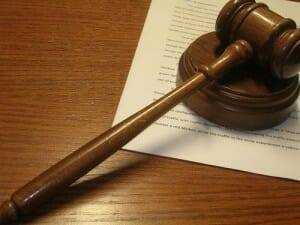 The question the court is deciding is whether or not someone with an unsecured second mortgage can completely eliminate not just personal liability for the loan, but also the lien completely, in a Chapter 7 bankruptcy. This is known as “stripping” a loan, and it has almost never been used in Chapter 7 bankruptcies; that is, until recently, when a Florida court ruled it could be done. Bank of America has challenged that ruling all the way to the U.S. Supreme Court.

Lien stripping is only for when a lien is completely unsecured—in other words, the value of the house doesn’t cover a single penny of the second loan. An example would be a home worth $200,000, with a $250,000 first mortgage, and a $100,000 second mortgage. There simply is no equity in the home to cover any of that second mortgage.

The specific language of the bankruptcy code seems to support the concept of stripping. But whether the Supreme Court will agree, and thus rule against the banking industry, is another story.

Concerns Arise Over Ramifications of a Decision

Bank industry analysis cite concern that if second loans can be stripped, the banking industry may stop providing second loans (or home equity lines) for fear that a shift in market values could leave their loans subject to complete discharge in bankruptcy. Further, they contend a homeowner could file bankruptcy, strip a second lien, and then wait to sell their house until the value increases, thus realizing a significant windfall.

Of course, if the second loans are stripped, millions of properties may be able to be sold again on the open market, meaning that those same banks may realize full payoffs on their first liens on those houses that are now marketable after having the second lien stripped.

Many also believe that if the second liens can be stripped, lenders will be more likely to work out payment arrangements and modifications. And, many point out that with the upturn in the economy, there are fewer and fewer unsecured second liens that would be subject to being stripped anyway.

If you’re considering bankruptcy, make sure you get all the advantages that a bankruptcy can offer. Let experienced San Diego bankruptcy attorneys evaluate your case and discuss with you how your bankruptcy will affect your mortgage debt. Contact the Bankruptcy Law Center for a free consultation today.